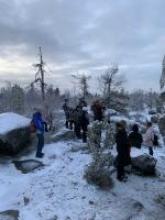 The 'Vottovaara: Myths and Legends' Festival was held on 13 November, 2021. Its purpose was to familiarize the youth of the Republic of Karelia with the historical and cultural heritage of the Muezersky district. In order to take part in the Festival, it was necessary to develop and present to the organizers a tourist route to the 'place of power'.

The festival consisted of climbing the mountain and visiting its main attractions associated with various myths and legends. During the hike, the participants had the opportunity to check the routes they had developed, include additional aspects, and make adjustments. In addition, a quiz 'Myths and Legends of Mount Vottovaara' was held at one of the stops. The main purpose was to broaden the horizons of the Festival participants in the field of historical and cultural heritage of the Muezersky district.

Vottovaara Mountain (from Sami: Votto - victory, Vaara - mountain, which literally translates as "Victory Mountain") is a place of power with a large number of mystical objects, for example, seids. Seidy is a sacred object of the North European peoples, in particular, the Sami (Lapps).

Moreover, an announcement was installed at the beginning of the route and information signs on the main attractions as part of the Festival. Experienced researchers and historians accompanied the group of participants. They also talked about myths and legends, tourist routes and the potential of the Vottovaara mountain for the development of the Muezersky district.

The Festival was held under the 'Vottovaara Festival: Myths and Legends' project, supported by the Presidential Foundation for Cultural Initiatives. 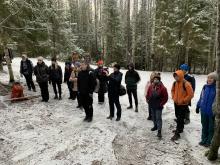 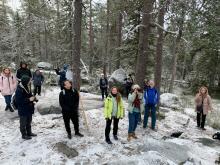 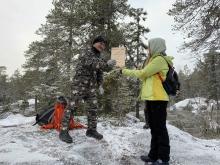 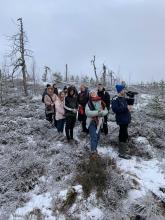